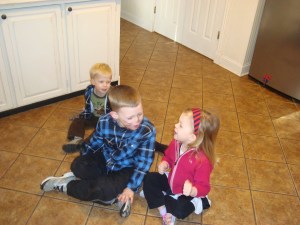 This morning at preschool you had to come dressed as your favorite Dr. Seuss character (only in Jack’s class). Jack wanted to be the Cat in the Hat- so Luke and Lily followed suit and said they were going as Sally & Nick. I had to get a picture of them pretending like they were in the “thing-a-ma-jig” getting ready to. . . “GO GO GO GO- ON AN ADVENTURE!” 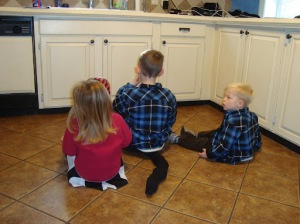 Thought it was funny you could see his tail in this picture- that would be a pair of my black hose stuffed with ALL Nathaniel’s black dress socks! 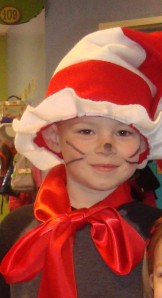 One thing I can say about Jack is he sure does love a good costume. And he also wants it to be just right! He and I went round and round this morning at getting it “just like the picture shows.” He literally showed me the picture of that darn cat like 10 times! Let’s just say I was beyond ready when it was time to drop them off!!! 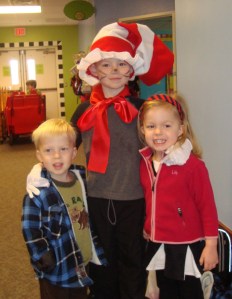 L & L were very “go with the flow.” Lily just threw on a headband and said, “Now I look like Sally.” Technically their class wasn’t participating in the Dr. Seuss festivities- but don’t tell them that! They held hands and marched in saying- “Call us Sally and Nick!” 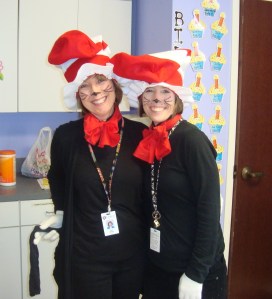 We love our teachers! 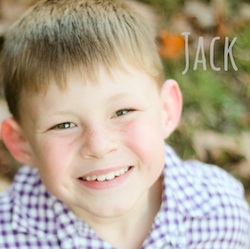 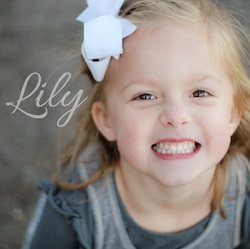 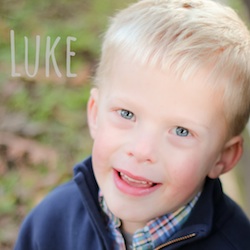 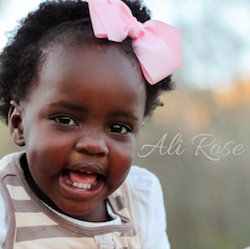